Home
Insights
The Differences Between Vulnerability Scanning and Penetration Testing

The Differences Between Vulnerability Scanning and Penetration Testing

Today’s cybersecurity landscape has seen security consciousness grow amongst many organizations, such that organizations have moved from reactively scrambling to respond once a cybersecurity incident occurs to proactively seeking out ways to better protect themselves from an incident occurring at all. Even with organizations paying greater attention to their cybersecurity posture, the difference between vulnerability scanning and penetration testing is still one of the most common points of confusion I run into when talking with prospective clients. While each of these activities is often confused with the other, or both terms are thought to mean the same thing, vulnerability scanning and penetration testing are very different activities that each address different areas of importance in your overall security posture. To be clear, both are vital for your overall security posture, and both are required by major compliance frameworks such as those associated with the National Institute of Standards and Technology (NIST), the Payment Card Industry Data Security Standard (PCI DSS) and the Health Insurance Portability and Accountability Act (HIPAA).

In this piece, we will examine both activities to provide you with a better understanding of what each entails, the differences between them and how they each can assist you in defending your network from attacks.

Vulnerability scanning is often considered to be the most basic building block of any cybersecurity program. While there are two main types of scanning, external and internal, they effectively operate in the same fashion.

Whether external or internal, vulnerability scanning uses a fully automated tool to first identify and enumerate services and configurations on networked systems. It then queries those services or configuration sets to identify publicly known vulnerabilities, such as software and hardware bugs, weak passwords and weak configurations. This means that the scan engine or tool searches your systems for a known library of vulnerabilities to help you identify if any of those vulnerabilities are present in your environment.

Your organization should use the results from vulnerability scanning to address each of the vulnerabilities identified and then perform rescans to verify the efficacy of the fixes implemented until all vulnerabilities have been addressed.

Attackers use a similar scanning method to look for exploitable avenues into your network environments. While their scanning tools tend be smaller in scale, attackers scan for vulnerabilities that they know can provide them access to your systems and/or data. By performing regular scans of your networks, you can identify potential holes in your security and close them before they are found by an attacker. 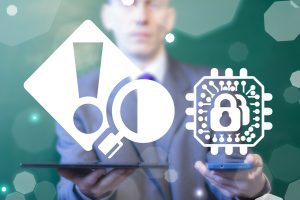 A key differentiator between vulnerability scanning and penetration testing is that scanning is solely an automated process that does not involve any attempts to exploit the vulnerabilities identified.

While most compliance requirements dictate that vulnerability scanning be performed on a quarterly basis and after any significant change is made to a network, organizations should strongly consider performing monthly scanning. Given the frequency at which new vulnerabilities are identified, waiting 90 days between scans leaves an organization open to more risk than if they were to scan for and address vulnerabilities more frequently.

When is vulnerability scanning right for my organization?

Internal vulnerability scans are appropriate for organizations that perform business-critical functions on an internal network or store sensitive data. 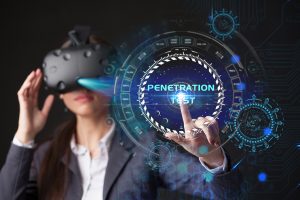 Penetration testing is a cybersecurity service that uses a combination of automated tools and manual techniques to both identify and exploit vulnerabilities, simulating how a real-world attacker would attempt to compromise a system. This style of testing utilizes ethical hacking to explore attack vectors that attackers would utilize against your network, including those requiring multi-step processes, which an automated scanning tool would not be able to identify.

While there are many types of penetration testing, the most common are external and internal, mirroring the different types of vulnerability scanning. External tests attack the public-facing components of your network to simulate an attack from the Internet, while internal tests assess your internal security controls that are meant to limit what an attacker could do if they gain access. External testing will often include testing web applications (e.g., website that accept credit card payments), which are key targets for attackers.

Similar to vulnerability scanning, after having a penetration test performed, your organization should use the results from testing to address each of the vulnerabilities identified and then have retesting performed to verify the efficacy of the fixes implemented until all vulnerabilities have been addressed.

Social engineering can be included as part of a penetration test or performed separately. It is designed to target the human element of an organization rather than technical security controls alone. Social engineering could include sending phishing emails or utilizing pre-text calling techniques designed to provide an attacker with either access to sensitive systems or data or information that the attacker can use to obtain such access.

When is penetration testing right for my organization?

Common reasons an organization chooses to have penetration testing performed include:

While neither is a silver bullet for addressing all of your cybersecurity concerns, both vulnerability scanning and penetration testing can effectively bring to light potentially critical vulnerabilities in your environment so that your organization can address them before an attacker can exploit them. To determine if one or both services are appropriate for your environment, and to determine how often you should have both services performed, you may find it helpful to first perform a security and risk assessment of your environment.

Should your organization require assistance with vulnerability scanning, penetration testing, risk assessments or any other cybersecurity services, please reach out to Sikich’s team of cybersecurity experts.

FOLLOW US ON LINKEDIN
This publication contains general information only and Sikich is not, by means of this publication, rendering accounting, business, financial, investment, legal, tax, or any other professional advice or services. This publication is not a substitute for such professional advice or services, nor should you use it as a basis for any decision, action or omission that may affect you or your business. Before making any decision, taking any action or omitting an action that may affect you or your business, you should consult a qualified professional advisor. You acknowledge that Sikich shall not be responsible for any loss sustained by you or any person who relies on this publication.