The developers at Microsoft are busy. When I started writing about PowerToys, there were only 3 toys in the bunch. Once again, as with everything Microsoft, PowerToys has received some updates. Now on version 0.18.2 we have some more toys to play with. Full source code is available on GitHub. Microsoft is looking for contributions to it from developers along with any feedback there.

You can download the installer at the same location at GitHub.

Included in the current release (as of this writing v0.18.2) there are 7 available PowerToys: 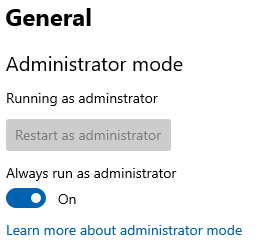 I did not get a chance to review the previous PowerToys release that included Window Walker. That Toy has been tweaked as I understand it, and now it exists in the form of PowerToys Run.

Pressing the Windows key + R will launch the tried and true Run prompt. 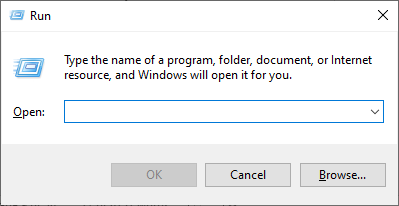 It just works. It’s like Notepad—it has been around forever and gets the simple job done.

Along comes PowerToys Run. It is launched (by default) with the key combination Alt + Space.

I could see the Alt + Space combination becoming as muscle memory as Ctrl + C.

Aside from the nice key combination chosen for launching PowerToys Run, of course, comes all the things it can do. It reminds me of the song from Annie Get Your Gun, “Anything You Can Do, I Can Do Better.” Anything you can type into the Run prompt can also launch from PowerToys Run, although it may take a bit of getting used to.

To get it to work exactly as the Run prompt use the > symbol.

One distinct way this is better than the Run prompt is from here you can choose to run the command as an administrator.

But moreso than just a mirror of the Run prompt, it can also perform a search for applications, folders, and files. However, this one will need more development. For instance, I could type in a folder name I have pinned in my Explorer as a favorite, and PowerToys search will not find it. Applications are generally found, although some just aren’t. I’m not sure why only the VMware Horizon Client and the VMware vSphere Client show up in a search when the one I use the most, VMware Workstation, does not.

The maximum number of results is set to 4, so that doesn’t appear to be the issue.

However, if I already have VMware Workstation running, PowerToys Run will find it and lets me switch to it.

I know I’m not the only one that has the built-in Windows Calculator pinned to their toolbar. Now, perhaps I’ll unpin it as PowerToys Run has a built-in calculator.

There certainly are issues with PowerToys Run as you should expect from any of the other Toys. They are, in fact, just that: toys not quite production ready to be included in the Operating System bits. Here is the list of issues.

I’m looking forward to seeing further development with this Toy and using it more and more.

Have any questions about PowerToys Run or the other PowerToys? Please contact us at any time.