Update as of August 16, 2022: President Biden signed the bill

The Inflation Reduction Act of 2022 (H.R. 5376, previously the Build Back Better, “BBB,” Act) obtained final congressional approval when it passed the House in a party-line vote on August 12, 2022. This followed a similar partisan vote of 51-50 in the Senate on August 7, with Vice President Harris casting the tie-breaking vote. There was a flurry of debate last week on the Senate floor and a “Vote-a-Rama,” with various amendments submitted to modify the bill. Several amendments were adopted but nothing too significant that blocked the bill from final passage.

Much happened with this bill from our last update. Below are the highlights:

After the stunning agreement between Senators Manchin and Schumer was unveiled on July 27, Senator Sinema had not yet announced her position on the bill. Sinema indicated support for the bill in early August but said she would not allow it to move forward with a “carried interest provision.” As a result, this item was removed and replaced with a “1% excise tax on stock buybacks.” This particular provision was part of the BBB last fall.

A provision was made late on August 5 to adjust depreciation in the AMT calculation, as the tax was said to be unfavorable to manufacturers. The tax is a complicated new measure, but it is not likely to impact many corporations. It applies primarily to large, publicly traded companies.

Senator Sinema was in favor of an amendment to reduce the BMT, as it might impact private equity ventures (due to the aggregation rules that are part of the new tax). While a proposal to extend the $10,000 SALT (State and Local Tax) cap didn’t make it into the final bill, an extension to the Section 461(l) large loss limit of $250,000 ($500,000 for married filing jointly; both amounts indexed for inflation) was included for two years through 2028. Therefore, the SALT cap will remain in place only through 2025.

Below, we explore the key items in this new bill:

Projections show that BMT will generate roughly $200 – $250 billion in new tax receipts over the budget period.

This would take effect beginning in 2023 and is limited to publicly traded corporations. The provision for excise tax on stock buybacks is similar to the provision the House passed in the BBB last fall. The proposed provision excludes certain repurchases from excise tax to the extent:

It is projected to raise roughly $70 billion.

The bill would extend the ACA subsidy of the premium tax credits through 2025 for qualifying individuals. The subsidies were scheduled to expire at the end of 2022, causing many taxpayers to have increased premiums in 2023 and beyond.

The bill indicates it is not intended for these IRS enforcement efforts to apply to those making less than $400,000 per year; however, there is no clear assurance of that. It will have a wide-ranging impact on most businesses and individuals for many years.

Numerous credits, deductions and other incentives for various energy measures are included in the legislation. For some of these that apply to construction or manufacturing, the credits can be increased where prevailing wages and apprenticeship requirements are satisfied. Here are several selected energy provisions:

This credit is extended through 2024. It includes enhancements for renewable electricity and solar facilities in low-income communities.

The credit for energy produced from certain renewable energy resources is extended through 2024. The credit could be enhanced if it satisfies certain wage requirements in operations or construction of the facility.

The non-business energy credit for residential property is extended through 2032 (it lapsed in 2021). A new annual cap of $1,200 for this credit is adopted. There is a credit of $150 for an annual energy audit in addition to the cap.

The tax credit for certain vehicles is extended through 2032. This covers fuel cell and plug-in vehicles. The maximum tax credit is $7,500. Taxpayers looking to claim this credit will have an income limitation that had not previously existed. Further, there will be a cap on the price of a vehicle for it. While this credit had only been allowed on new vehicles in the past, it is now also available on used vehicles. The used vehicle credit is limited to $4,000.

For commercial vehicles used in a trade or business and designed for public roads, the clean credit can range between $7,500 – $40,000 depending on the weight of the vehicle.

Tax credits are available based on a formula for manufacturers of components for battery and green energy technology. Different formulas are calculated for different components.

Credits and Incentives for Special Fuels

This credit is increased up to $2,500 per home or up to $5,000 per home when the builder pays a “prevailing wage” to secure the higher credit.

The bill increases the research credit against payroll tax for small start-up businesses to $500,000 (previously $250,000).

The law would permit taxpayers obtaining several energy tax credits to be able to sell credits and incentives to other parties. We will need to wait for IRS guidance on the details of this new approach, but it is something to be aware of.

A Backward Look at Build Back Better

The original BBB bill was projected to raise revenues of over $3 trillion, whereas, the final bill ended up at around $700 billion (less than 25% of the initial proposal). The original bill started with major, across-the-board corporate, individual and estate tax hikes. The final bill passed by both chambers only included higher taxes on major corporations and corporate stock buybacks, some sizable energy tax incentives, and funding for the IRS (projected to generate $124 billion but no major tax increases).

While many tax changes were proposed, few of them made it into the final law. The major change that will impact taxpayers (both businesses and individuals) is the expanded and enhanced IRS enforcement.

Some of the tax measures that were not in the final bill could be reintroduced by Congress. For now, taxpayers are likely to see no other new tax legislation until after the election.

Below is a chart of some of the major tax changes initially proposed in the BBB, as well as what ended up in the bill as passed by Congress:

The president is expected to sign the bill in the coming days. Upon signing, certain provisions become law, while others have specific effective dates. Please contact your Sikich advisor for any questions you have on this latest tax legislation.

Here are some resources on this legislation:

Join us at our tax webinar on August 18 to dive into these topics. >>> Register here. 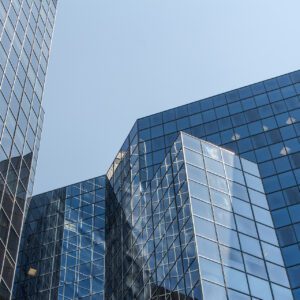 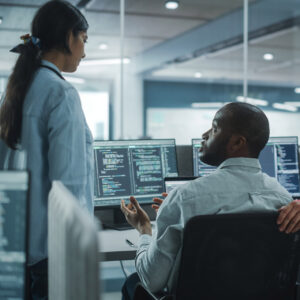