2020 Elections – Outcomes and Outlook on Taxes 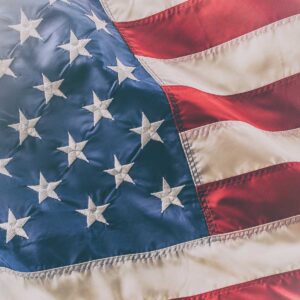 Senate. The Republicans held a three-seat margin in the U.S. Senate going into the November elections. The Democrats picked up one net seat thus far, with two races undecided in North Carolina and Alaska. Even if the Republicans prevail in these races, control of the Senate will turn on Georgia’s and its two Senate races. Georgia requires the winner to obtain over 50% of the votes cast, and this did not occur in either of its Senate races. The top two vote-getters will thus square off in a run-off election on January 5, 2021 with the candidate with the most votes winning the seat. Georgia will be on everyone’s mind in January with these two run-off elections.

Control of the U.S. Senate hangs in the balance with these special two Senate races in January. If the Republicans win at least one of these two races, then they will control the U.S. Senate. However, if Democrats sweep both Georgia Senate races in January, the Senate will end up in a 50-50 tie. The tie would be broken by the Vice President, which will soon switch from Mike Pence to Kamala Harris. Thus, campaigning and commercials will continue in Georgia from now through January 5, 2021, and if the Democrats sweep these races, they will control the Senate, the House and the White House. A split in these Georgia races (or a Republican sweep) allows the Republicans some control in Congress. The significance of these Senate run-off races in Georgia cannot be underestimated.

House. The Democrats went into the fall elections with a 20+ seat margin in the House. They were hopeful to add to their majority but gave up four sets (with several races undecided), and thus have a smaller margin now in the House.

Biden proposed various tax changes during the campaign. Some of these proposals included the following:

Campaigning on tax changes is one thing, actually making and implementing them is another. Biden will need to work with Congress to enact any tax changes. As noted above, the key to adopting any tax changes next year and in his first term will be whether the Senate is controlled by Republicans or Democrats.

The candidates talked much about taxes in their campaigns, but now they will soon have the challenge of working through the legislative process to see what will be adopted. The scope of tax changes hinges on the outcomes of the Georgia Senate races in January. As always, we will keep you posted.

Please contact your Sikich tax advisor to learn how possible tax changes may impact you and your business, as well as planning strategies to consider. You may also want to join us on Tuesday, November 17, 2020 for our Sikich Webinar covering the 2020 election, tax outcomes to expect and any 2020 year-end tax planning ideas.