On April 2nd, 2018, Microsoft released its latest business application software called Microsoft Dynamics 365 Business Central. While NAV 2018 is the last available version of Dynamics NAV under the Navision brand name, NAV has not been eliminated; but it has evolved.

Microsoft wanted to give its customers a way to move to a true cloud solution, and the architecture of the old NAV, wasn’t able to support the update cycle in an efficient, cost effective manner; enabling users to get the latest, features, functionality and fixes as they’re made available. Leveraging the familiarity of the “Office 365” naming convention, they merged “Dynamics” with “365” and dubbed the new evolution of NAV as “Dynamics 365 Business Central.”

As far as functionality is concerned, Business Central was built on the same functionality of Dynamics NAV. Over the last few years, Microsoft has extensively developed a host of additional features, and provided developers enhanced customization options you won’t find in the old NAV. The biggest differences between the old NAV and Business Central are the new user interface, the way you explore data, and the way you make modifications.

Even with all the positive changes, many Dynamics NAV users we talk to, still have some reservations about moving from Dynamics NAV to Business Central. While many are aware of the benefits of moving to a true cloud solution, like not having to upgrade, mobility, scalability and no capital expenditures; a lot of our clients coming off NAV or other on-premises applications have varying concerns that they have voiced to us over the years. In hopes to dispel some of those fears, we’ve summarized the top concerns and tackled them for you here.

Well, there’s certainly a possibility that that can happen down the road. However, most cloud platforms have been very stable throughout the years in terms of pricing. When price increases have come, it’s a result of extensively expanded capabilities of the platform. While it really hasn’t happened too often throughout the years, there’s certainly a risk when you go to the cloud that that price could increase from year to year.

Microsoft has some incentives for current on-premises Dynamics users to move to Dynamics 365, some of which allows you to lock in discounted rates for up to three years.

Microsoft spends billions of dollars on data centers to make sure that those environments are safe and secure from people with bad intentions to get to your data. There’s little that you could do with an on-premise deployment on your own that would be more secure than what Microsoft is doing today.

Many incidents of data theft and compromised security are inside jobs by unhappy, current or recently departed employees and contractors. They will try to do damage to whichever systems they can reach, in the cloud or on-premise. With a robust Cyber Security practice in-house, we can help you ensure that you have the proper security protocols in place to mitigate as much risk as possible.

3: Will my third-party solutions work?

That’s going to be a case-by-case basis. There may be some applications that are embedded inside of your current NAV systems that we’ll have to look at, and potentially find different options. However, most partners and Independent Software Vendors (ISVs) that support leading ERP solutions, are creating and evolving their products to follow the standards for interoperability, established by cloud ERP leaders like Microsoft.

With over two years to transition their solutions that are currently supported by NAV to Dynamics 365 Business Central, most of the top ISVs have successfully made the changes required to support Business Central. That said, most advanced cloud ERP environments support integrations with cloud, as well as on-premise software, so you can continue to run preferred software products you already own.

4: How will the cloud impact my multiple integrations?

Business Central was built with integrations capabilities in mind. It has a healthy API layer which can facilitate direct integrations, the Microsoft Azure Integration Services, or third-party middleware. It doesn’t matter if it’s cloud-to-cloud, or cloud-to-on-premises, there are several options available to make sure that any application you need to connect to Business Central will integrate.

5: ERP implementations are expensive and disruptive, what's in it for me?

We understand that implementing a new ERP system isn’t a walk in the park; however, ERP implementations are much more streamlined today, for several reasons, the cloud being one of them. The hardware element of the project is eliminated, mitigating environment and infrastructure issues. Due to advances in collaboration technology, you can engage stakeholders in multiple locations, without having to bring everybody into a room together. Project stakeholders can often participate from anywhere, making the implementation process a bit easier to swallow and quicker to deploy.

By and large, internet access has become much more stable over the years in most areas, making it less of a concern. If this is a major concern for you, we can set you up with a “hot spot” assessment to provide a connectivity heat-map and address any vulnerabilities we detect.

7: What does compliance look like with Dynamics 365 Business Central?

We often get the question around compliance with different things, like ITAR, FDA compliance, or HIPAA compliance. Many of these compliance requirements, depending on the platform, have been addressed by third parties, to make sure that there is additional security in place to protect that data. Some industries will have to stay off public cloud environments, which we are happy to discuss on a case-by-case basis.

8: Will forced upgrades break my system and distrupt my business?

In most cases, no. One of the key features of Cloud ERP is automatic upgrades, the idea of version-less software. Dynamics 365 Business Central has two primary releases throughout the course of the year. Two times a year, your application is updated to incorporate the latest and greatest features and functionality available in the market. Microsoft uses a managed version upgrade process to minimize business disruption.

Customizing ERP applications in the cloud is still possible and can be managed safely with the right testing protocols in place. As you know, business critical customizations did not automatically migrate over to the newest release of NAV, increasing the cost and complexity of upgrades. When Business Central is updated to a newer version, customized components are brought over to the new version through “extensions.” While these customized extensions will need to be tested as part of the major updates, Sikich has developed methods to perform automated regression testing against pre-released versions with the purpose of identifying and mitigating issues before the update is scheduled. Moving to Business Central allows you to eliminate the big upgrade events that you had in the past with NAV and flexibly evolve your use of the application as new features and functionality are made available.

9: We already know NAV, why change?

Dynamics 365 Business Central is an evolved version of NAV, so you’ll see all the out-ofthe-box features and functionality that your current NAV solution has, plus a whole lot more. Business Central was designed to be user friendly and intuitive, much like the mobile applications your users are familiar with today. It comes with its own native mobile apps, making remote access even easier. Employees can be productive whenever they wish to be, and they can also engage with their colleagues, customers, and trading partners at any time, anywhere.

Finally, the right technology can make a big difference in your ability to compete for talent, recruit people who are a great fit for your company and retain them through a significant stage in their careers. Millennials and younger people expect powerful technology tools without the hurdles and inefficiencies of older software. Your employees are highly motivated to achieve their personal and professional goals by working at your company. They will likely welcome modern, mobile, collaborative, productivity tools to help them advance. For them, the design of interfaces and workflows makes a big difference in their every-day success and satisfaction at work.

Now is the time to get your essential operations and systems in the cloud. Together, we’ll get your business future ready. 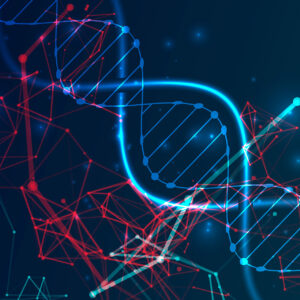 Software Opportunities and Challenges in the Life Sciences Industry
June 30, 2022 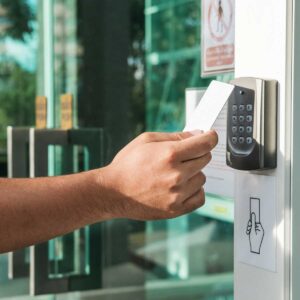 Why Workplace Safety and Well-Being is My Top Priority
June 29, 2022
View All Insights