Home
Insights
The Cloud Opportunity: How Manufacturers Can Break Free From Hardware

The Cloud Opportunity: How Manufacturers Can Break Free From Hardware

Ben Hagler had his eye on expansion but found himself hemmed in by capital limitations and staring down operational inefficiencies and technical challenges. As co-owner and VP of engineering and operations at Hagler Systems, a mining and dredging equipment company, Ben knew the company had to cut costs, make better use of its manpower, and enhance efficiency throughout its operations to achieve its ambitious growth goals.

A cloud-based infrastructure can remedy many of these pain points. While many manufacturers remain hesitant about moving their company data off-site, a holistic embrace of cloud technology can lead to significant cost savings and efficiency gains. It can also offer manufacturers the opportunity to free themselves almost entirely from hardware in their back office.

Ben aggressively pursued a cloud-based vision of success. His story offers valuable lessons for other manufacturers looking to leverage the cloud to position themselves for future growth.

Cutting Down on Administrative Tasks and Costs

Led by Ben and his brothers Bob and David, Hagler Systems designs, builds and services custom equipment for the energy, mining and dredging industries. This includes dredges, pumping applications, hydraulics, and electrical control systems, among other products. As a result, its business needs are as complex as any large manufacturer. But with a staff of less than 100, it can’t afford wasted activities — especially on back-office functions.

Unfortunately, the company found itself spending large amounts of time on administrative tasks and hardware troubleshooting. So Ben set his sights on a new goal: moving the company to the cloud. Working with Sikich as part of the Microsoft Testing and Adoption Program (TAP), Hagler Systems became one of the first manufacturers to implement the new cloud-based Microsoft Dynamics AX.

Our team helped Hagler move their CAD drawings and PLM system into AX. Further, as part of the implementation, Hagler adopted functionality for project manufacturing, and also implemented the cloud-based Office 365, which enabled the company to get rid of its Exchange servers.

Overall, Hagler Systems reduced its hardware by nearly 70% and enabled employees who were formerly spending large chunks of their day managing infrastructure to spend more time helping users enhance productivity and improve customer service. Additionally, the move to the cloud enabled increased mobility, a crucial feature for a company that works with customers across North America — including often in remote areas.

Lessons From a Forward-Thinking Manufacturer

Hagler’s move to the cloud offers a textbook example of how to effectively transition from a hardware-based to a cloud-based operation. Manufacturers that are contemplating a move to the cloud should consider three key best practices from the Hagler story:

Plan and assess needs: Any major technological implementation requires upfront planning. From carrying out a functional design assessment — which scrutinizes company needs — to a plan for data migration, this early work is crucial to ensuring the company gets the most out of the new technology. This planning enables a company to focus on its true pain points and customize technology to help address its most pressing business needs.

Ensure executive leadership: Without executive leadership, technology implementations can easily devolve into inefficient, confused and unfocused projects that often fail in the end. Ben Hagler was the visionary behind his company’s move to the cloud and led the charge throughout the entire project. This helped ensure support across the company for the move to the cloud. Additionally, Ben helped the project stay on track in the face of any hurdles and kept the company driving toward a common goal.

Thoroughly train: To ensure day-to-day users of the new system can make a seamless transition, it’s crucial that a company take the time to thoroughly train its staff on the tools, features and benefits of the new cloud-based system. Building in the necessary time for training from the beginning ensures the transition to the new system takes place without gaps in performance.

Realizing the Many Benefits of the Cloud

In addition to helping minimize troubleshooting and maintenance, the cloud can offer manufacturers increased flexibility and an ability to rapidly scale up operations. For example, if a company expands by opening a new office or acquiring another company, the cloud enables it to add the additional capacity to the ERP system quickly and easily. Before the cloud, companies would need to buy new servers and perform what could end up being a complex integration. The cloud streamlines this process and enhances the capability for rapid growth.

Similarly, instead of having to go through a complicated upgrade process when a new edition of an ERP system is released, companies can upgrade their systems immediately in the cloud. With a hardware-based system, companies might need to upgrade servers or other pieces of hardware to transition to a new ERP system. The cloud eliminates that financial and time commitment.

Further, many third-party service providers that offer modules for ERP systems — everything from advanced service modules or PLM packages — are increasingly moving to the cloud. Joining them in the cloud will ensure a company’s ERP system and third-party modules continue to work fluidly with each other.

While the manufacturing shop floor is increasingly advanced, manufacturers’ back-office operations haven’t always kept pace. But with the advent of cloud technology, the back office can be more efficient than ever before. Hagler Systems’ success helps confirm that the benefits can be significant for companies that move forward aggressively, plan thoroughly and execute a comprehensive transition to the cloud.

As seen on INDUSTRY WEEK: Advancing the Business of Manufacturing 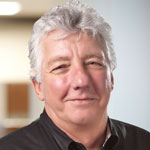 Al Galinot has more than 25 years of manufacturing management experience in large-scale enterprise resource planning (ERP) manufacturing systems, including design and installation. He works closely with clients to ensure the success of their ERP investment, and his real-world knowledge with growing national and international companies makes him a valuable asset to navigating the challenges and intricacies of any critical project.