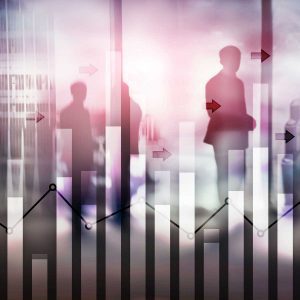 I’ve always been a proud free-market guy. As an entrepreneur and CEO, I usually cheer efforts to reduce government intervention in the economy. But in the unprecedented situation we find ourselves in today, I’m changing my tune. Surveying the economic carnage the coronavirus pandemic has wrought, it’s clear our economy needs more help from the government to prevent a deep and lingering recession or worse.

The numbers are grim. Though unemployment has declined since the worst of the crisis, it’s still at more than 8 percent. And jobless claims have spiked back above one million. A study from the University of Illinois, Harvard Business School, Harvard University and the University of Chicago estimates that more than 100,000 small businesses have permanently closed since the virus hit the United States in March. In minutes from the Federal Reserve’s Federal Open Market Committee’s July 28 and 29 meeting, members agreed that the pandemic would continue to “weigh heavily” on the economy. With our debt-to-GDP ratio already at more than 107 percent, growth in our economy is thwarted as a result. Although I would prefer to see debt levels near the historic lows of the 1970s, our options are unfortunately limited.

Our country’s leaders came together in March to get the CARES Act over the finish line. This legislation, which included the Paycheck Protection Program and expanded unemployment benefits, played a key role in keeping many businesses and unemployed individuals afloat during a time of crisis. But the expanded unemployment benefits expired at the end of July, leaving many individuals in a precarious position. And companies’ PPP funds are running out. In the face of these persistent challenges, the White House and Congress have failed to come to an agreement on a second economic-support package. Though President Trump issued executive orders that included expanded unemployment benefits, states are struggling to administer the benefits, and it’s clear we need a more solid legislative solution. I know we’re in an election year in a highly divisive time, but this lack of cooperation and action is unacceptable.

Fear is at the heart of our economic problems today

A study from Austan Goolsbee and Chad Syverson of the University of Chicago found that much of the economic slowdown actually preceded government shelter-in-place orders. Goolsbee and Syverson argue that the restrictions only explain about 7% of the decline in foot traffic at stores. They hypothesize that people reacted to the spread of the virus by isolating themselves – before governments made them. This study suggests that even if governments lift all restrictions tomorrow, we will still face significant economic headwinds. Therefore, the federal government must bridge the gap between this moment when we’re still largely paralyzed by fear and a time when consumers feel more confident visiting retail stores, traveling, and going to concerts and sporting events.

Business leaders play a role, too

Though I believe our economy needs more help from the government, business leaders have an important role to play in sustaining and eventually rebuilding our economy.

At Sikich, we’ve been able to withstand the economic strains of the pandemic thanks largely to our fiscal responsibility and diversification. With a multitude of service lines that work across a wide range of industries – everything from manufacturing to government to life sciences – we’ve avoided overexposure to any one particularly hard-hit industry.

I know many companies are struggling mightily, though. It should go without saying that every business leader should seek product line and customer diversification. While leaders pursue diversification, many should also rethink their go-to-market models. It’s clear now that the post-COVID-19 normal won’t be the same as the pre-COVID-19 normal. I believe standing by and banking on a return to fruitful times of the past will result in stagnation and eventual business failure. All businesses – even those that have weathered the current storm – should look for opportunities to rethink and improve processes, service offerings, and customer interactions. Those that do will position themselves to gain a competitive edge in the “new normal” environment. I challenge all leaders as they define, or redefine as the case may be, their businesses in this environment, to do so looking forward—imaging new paradigms—rather than allowing the past to define them.

A call for action

I have a strong belief in the resilience of America and its people and am confident we will emerge on the other side of this uniquely challenging moment stronger. We’re seeing signs of optimism already. The stock market is back to setting records, signaling investor optimism about the American economy. That said, we can’t get complacent as we watch our 401(k) accounts grow. The stock market isn’t the economy, and the real economy still needs a lot of help. The longer we let businesses and individuals flounder, the harder it will be to rebuild our economy. So, take it from this free-market guy: it’s time for the government to step up, again.

CLICK HERE TO READ MORE
This publication contains general information only and Sikich is not, by means of this publication, rendering accounting, business, financial, investment, legal, tax, or any other professional advice or services. This publication is not a substitute for such professional advice or services, nor should you use it as a basis for any decision, action or omission that may affect you or your business. Before making any decision, taking any action or omitting an action that may affect you or your business, you should consult a qualified professional advisor. You acknowledge that Sikich shall not be responsible for any loss sustained by you or any person who relies on this publication. 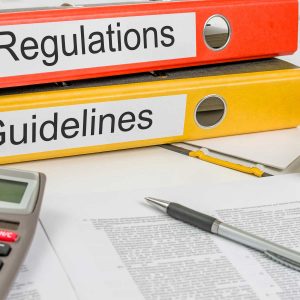 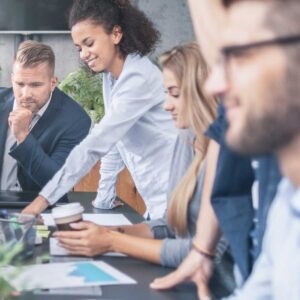 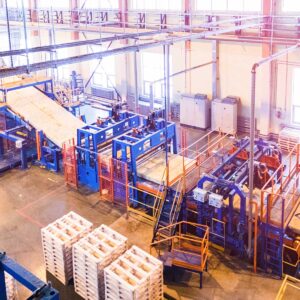 Christopher Geier is the CEO and Managing Partner. In addition to leading the overall strategic and financial direction of the firm, he is also responsible for large mergers and acquisitions and is a member of the Executive Board. Chris is focused on delivering the highest level of professional client service and creating a dynamic workplace where employees can be successful. Previously, Chris served as the Partner-in-Charge of Advisory Services and Sikich’s investment banking team. Chris’ leadership experience includes more than 25 years as an advisor and C-level executive in both private and publicly-traded companies.