Congress and the Administration have enacted significant legislation this year to address the challenges associated with the Coronavirus pandemic. They have agreed on bills totaling approximately $3 trillion in relief, with the largest being the CARES Act. Nonetheless, Congressional leaders and the Administration felt there were outstanding economic needs that warranted another bill—dubbed by many, “CARES 2.0.”

Struggling to Reach a CARES 2.0 Agreement 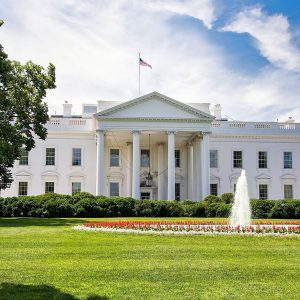 Congressional leaders and the Administration have been negotiating for several weeks to come up with a CARES 2.0 package; however, late last week, they suspended talks. The House is seeking legislation amounting to over $3 trillion from the HEROES bill, while the Senate is looking at approximately $1 trillion in the HEALS bill. The amounts and provisions differ significantly in these bills, but Congressional leaders and the Administration still hope an agreement will be reached this month.

While there was some consensus on several lesser issues, the parties remained at a standstill on three key issues, encompassing the cornerstone of any deal:

Negotiators had set August 7 as a deadline for reaching a settlement. When no agreement was reached, the talks broke off putting CARES 2.0 in doubt.

President Trump announced during the negotiations that he would issue Executive Orders (EOs) on several key provisions if no deal was brokered by the parties, and therefore on August 8, he issued four Executive Orders, as follows:

Below for your reference is a copy of each Executive Order issued by the President.

The EO on the payroll tax deferral, while not part of either the House’s HEROES bill or Senate’s HEALS bill, offers the following:

This payroll tax savings can be exhibited as follows:

Several initial issues and questions related to this payroll tax deferral that hopefully will be addressed by the IRS in its guidance include:

There is some question as to the legal authority of the President to issue such EOs on these matters, so we will continue to monitor what happens and what implementation guidance is issued. It is also uncertain, now that the EOs were issued, if the Congressional leaders and Administration will try to restart their negotiations. If the parties somehow come to an overall agreement and CARES 2.0 is enacted, then the EOs might be rescinded. We will alert you when the Treasury Department or IRS issue any guidance on these EOs to assist businesses, employers and individuals.

Please contact your Sikich advisor if you have any questions on this.

VISIT OUR RESOURCE CENTER
This publication contains general information only and Sikich is not, by means of this publication, rendering accounting, business, financial, investment, legal, tax, or any other professional advice or services. This publication is not a substitute for such professional advice or services, nor should you use it as a basis for any decision, action or omission that may affect you or your business. Before making any decision, taking any action or omitting an action that may affect you or your business, you should consult a qualified professional advisor. You acknowledge that Sikich shall not be responsible for any loss sustained by you or any person who relies on this publication.

Managing Insurance Certificates and Invoicing in Your Construction Software
September 25, 2020

Jim Brandenburg has extensive experience and knowledge in corporate and partnership tax law, mergers and acquisitions and tax legislation. His expertise includes working with owners of closely held businesses to identify tax planning opportunities and assist them in implementing these strategies.
This website uses cookies to improve your experience. We'll assume you're ok with this, but you can opt-out if you wish.AcceptReject Read More
Privacy & Cookies Policy
Necessary Always Enabled