Home
Insights
Security Considerations for the Internet of Things (IoT)

Security Considerations for the Internet of Things (IoT)

Nowadays, you can use your smart phone to lock your front door from anywhere. And that door can have a doorbell that lets you see who’s at your home, even if you’re not. Perhaps you’re at the grocery store checking that you’ve got everything on the shopping list that your refrigerator sent you.

More and more, the devices we use daily are becoming “smart” and/or “connected” devices, meaning they can connect to other devices or networks to communicate. This interconnection of devices that historically had no ability to connect to the Internet, for example, home appliances, vehicles, and medical devices, has come to be referred to as the Internet of Things (IoT). It is estimated that, by 2020, there could be as many as 20 billion connected IoT devices.

As the number of devices with the ability to connect and communicate with one another over various networks increases, so too does the number of vulnerabilities being discovered that are associated with these devices. These vulnerabilities can potentially lead to network compromises, identity theft or device takeovers to name just a few possibilities.

From a security standpoint, a concern is that many IoT devices, at least at this point in time, run insecure and vulnerable embedded firmware. To understand the potential dangers related to exploitable IoT vulnerabilities, you can take a look at the post “5 Infamous IoT Hacks and Vulnerabilities” from IoT For All, which discusses: 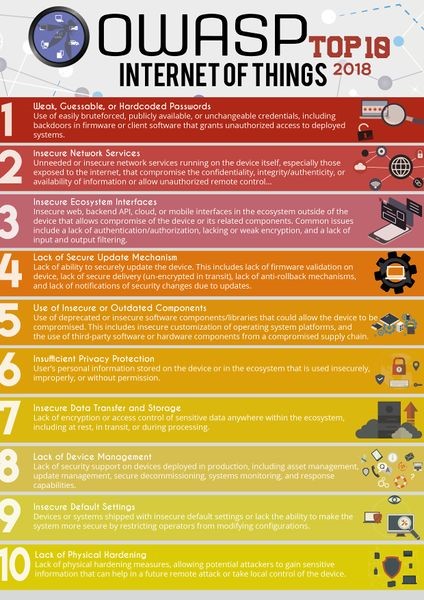 The OWASP Top 10 IoT vulnerabilities list primarily helps guide IoT hardware designers and software developers in the creation of secure solutions. While most people aren’t creating IoT devices, the list also suggests some steps organizations and individuals should take when selecting and deploying IoT solutions, including:

The availability of IoT devices offers several benefits, including in terms of convenience and efficiency. And while it’s unlikely that the everyday consumer can either fully secure their IoT devices on their own or completely avoid IoT devices, being aware of the potential risks can put a consumer in a better position to leverage IoT devices in a more informed and secure manner.

Have questions about your organizations own IoT security? Don’t hesitate to reach out to us at any time! 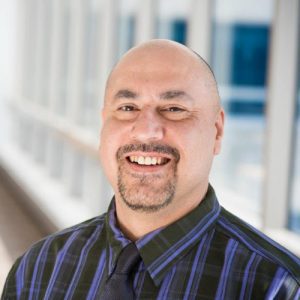 John Shegonee is an Information Security Analyst for the firm’s Security and Compliance practice. He currently works as part of the Sikich vulnerability scanning and assessment team. In this role, John provides guidance to firm clients that are enrolled in Sikich’s proprietary external vulnerability scanning tool to help them as they work to address vulnerabilities within their environment, including clients that use the scanning tool as an Approved Scanning Vendor (ASV) solution to demonstrate their compliance with the Payment Card Industry Data Security Standard (PCI DSS).