How did the process go with implementing a brand new system?

Here are some of the ways Hamilton noticed immediate improvements.

Future-resilient business management solution that can grow and change

ENABLING LABS TO FULFILL THEIR MISSION

Around the globe, laboratories and companies in the life sciences and biotechnology industries rely on automated liquid handling workstations, precision measurement devices, robotics, process sensors, pipettes, and other products from Hamilton Company. The equipment manufacturer business began in the late 1940s by developing microliter syringes in Clark Hamilton’s garage, soon won a contract from the Swiss government, and continued to grow. Today, Hamilton has offices and customers worldwide. Its main administrative, design, and production locations are in Reno, Nevada, and Franklin, Massachusetts, in the U.S., and in Bonaduz, Switzerland.

Hamilton was key to helping the world manage the COVID-19 pandemic. During 2020, the company saw a more than ten-fold increase in orders for its liquid handling robotic equipment. In collaboration with General Motors, Hamilton stood up a manufacturing facility for ventilators in Reno in order to meet the needs of the federal Department of Health and Human Services and healthcare providers in the U.S.

Company operations in the U.S. and Switzerland ran on legacy business management software that was several decades old. In its new ERP environment, Hamilton would need to manage an extremely complex operation that comprises both configure-to-order and engineer-to-order processes. The system had to support multiple lines of business through the development, design, and production of multiple platforms for Hamilton automated liquid handling robotic equipment while also facilitating the higher-volume business of syringes, pipettes, and other products. In addition, the company sought to manage its services under the same software solution. For customers, Hamilton technicians install the robotic equipment and provide maintenance services to keep it running at optimal performance.

It was important to Hamilton that Dynamics 365 was always evolving with new and augmented capabilities. “We wanted a software product we could grow with far into the future,”  says Alex Ingram, IT Director at Hamilton Company. “Microsoft continues to invest in and improve Dynamics 365.”

“We wanted a software product we could grow with far into the future,” says Alex Ingram, IT Director at Hamilton Company.

“Microsoft continues to invest in and improve Dynamics 365.”

ERP PROJECT LED BY IT AND BUSINESS GROUPS

Following the Swiss go-live, Hamilton applied lessons learned from that project. Hamilton determined a business-driven approach was best. In the past, the IT department led systems implementations with minimal input from the business groups. This time, IT and business teams were going to collaborate. Involving business stakeholders throughout the effort would help ensure that the new ERP system would meet the company’s needs. It also would lead to faster, more widespread user adoption.

Hamilton recognized the need for a new technology partner to help implement Dynamics 365, and interviewed several firms. Ingram says, “Sikich came highly recommended, and we were intrigued by their ERP recovery services, which turn around struggling projects to be successful. We needed a consulting partner who understood the configure-to-order and engineer-to-order business, and saw quickly that Sikich was very familiar with our operating model. We didn’t have to spend time educating the Sikich team about how our business was run. They understood it from the outset.”

Together, Hamilton and Sikich prepared an implementation of Microsoft Dynamics 365 Finance and Supply Chain Management. “We had a good working relationship with the Sikich team members,” Ingram notes. “They were good communicators who helped us understand what we needed to do in order to have a successful implementation.”

In this project, Sikich used its HEADSTART for Equipment Manufacturing methodology. HEADSTART streamlines complex software projects with a large arsenal of standardized processes based on industry-best practices. In most projects, these already satisfy most of a company’s requirements. As Ingram describes, “The Sikich HEADSTART approach provided a preconfigured solution that allowed us to move forward much more quickly than we had been. About 90 days in, we were ready for our first conference room pilot using HEADSTART. People were saying, ‘We could go live with this.’” Jon Fondi, Purchasing Manager at Hamilton, adds, “Out of the box, we had a similar or better product than what we had in our old system.”

The deployment project began during the worst of the pandemic. Hamilton paused it for a few months to concentrate on its most urgent business priorities, but then completed it efficiently by working remotely with the Sikich consultants. Ingram notes, “Remote consulting can work for an implementation project — you don’t have to be onsite. Some of our project team members had to pay close attention to the business. Scheduling meetings in Microsoft Teams allowed them to engage more fully with our consulting partners.”

As Ingram describes, “The Sikich HEADSTART approach provided a preconfigured solution that allowed us to move forward much more quickly than we had been. About 90 days in, we were ready for our first conference room pilot using HEADSTART. People were saying, ‘We could go live with this.’”

Soon after the implementation, Hamilton realized that it had made the right choice in D365. “During the pandemic, we more than doubled in size in terms of the number of employees, and revenue also more than doubled as we were responding to the world’s needs,” Ingram says. “Dynamics 365 has grown with us. We haven’t had any issues in scaling to increased numbers of employees, more work centers, or expanded business operations.”

Hamilton also registered many small improvements following the go-live of Dynamics 365. As an example, Fondi discusses one frequent task, generating purchase orders. “When it used to take us an hour or two to organize a purchase order, this will be going down to minutes. We can combine and consolidate orders for the same vendor into one purchase order. The system creates the POs for us, rather than us going in and manually generating POs and putting in part numbers,” he says.

Many manual steps of repeated data entry and recording information have fallen away. Fondi continues, “The system really will benefit us by reducing the amount of human error, because it does not require copying and pasting or even typing. In both the requisitioning process and the conversion of a planned order process, you don’t have to type. The ability to take planned orders, items, requisitions, and convert them without additional input — that’s huge.”

GAINING INTELLIGENCE IN THE CLOUD

Hamilton broadly uses Microsoft Dynamics 365 to manage its operations, including field services. Some areas of the business, like human resources, receive focused attention to garner the best value from the new ERP system. Business users appreciate that Dynamics 365 integrates with business intelligence and analytics tools on the Azure cloud. Commenting on these integrations, Ingram says, “That’s something that will save us time and money as we look to provide dashboards and information to our end users. Native integrations means that we don’t have to build things from scratch. There’s a tremendous advantage for us on the analytic side of the business.”

D365 serves Hamilton as its main business management system. “It gives people comfort that we will be on a single solution set, relying on a single vendor,” Ingram comments. “When we implemented Dynamics 365, we fully replaced existing systems, and we haven’t had to build any complex integrations.” Because many developers and solution architects grow their careers on Dynamics 365, Power BI, and other Microsoft cloud software, Hamilton has found it easy to recruit skilled talent to help manage its ERP environment.

Business stakeholders participated with the IT team in a close collaboration to prepare and perform the ERP implementation. Together with Sikich consultants, IT and business stakeholders performed repeated, thorough rounds of testing, ran Dynamics 365 through many business scenarios, and adjusted the software to be more usable and more closely fit business processes.

“With the help of the technical resources from Sikich, we ran through multiple data conversions during each of our conference room pilots,” Ingram describes. “We were able to convert more data each time. By the time we got to conference room pilot four, we were doing a full data load, and we repeated that data load for our user acceptance test. Then we did a mock go live with another full load.”

In Dynamics 365, Hamilton will continue to find greater efficiencies and improve its management of production, the supply chain, and other areas of the business. An automated, third-party warehouse management solution will soon integrate with the ERP platform. “We don’t necessarily know where business is going to go for Hamilton,” Ingram concludes. “But we know that whatever direction we go in, Dynamics 365 will be capable of supporting us.”

“With the help of the technical resources from Sikich, we ran through multiple data conversions during each of our conference room pilots,” Ingram describes. “We were able to convert more data each time. By the time we got to conference room pilot four, we were doing a full data load, and we repeated that data load for our user acceptance test. Then we did a mock go live with another full load.”

READY FOR THESE CHANGING TIMES?

Everything is different these days. More employees are working from home, they need access to all their systems, you need clear processes, and the line between work and private life is blurring. Customer demands are changing, your supply chain is being disrupted, and more. With a cloud ERP system like D365, you can maintain your equipment manufacturer operations as usual and be ready to take on the next phase in our new normal.

LEARN HOW YOU CAN BE FUTURE READY WITH D365

Deltek vs. Microsoft Dynamics 365: How the Sunsetting of Deltek Vision Opens the Door for New Possibilities
Sikich LLPJanuary 30, 2023 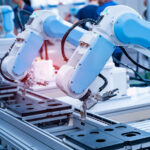 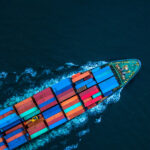 How to Use the Landed Cost Module in Dynamics 365 Finance and Supply Chain Management
January 18, 2023 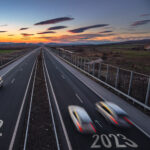 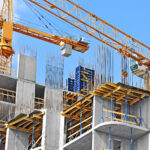 How to Recession-Proof Your Construction Business
January 4, 2023 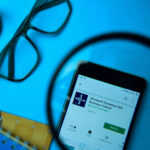 ERP as It Should Be: Introducing Microsoft Dynamics 365 Business Central 2022 Release Wave 2
December 23, 2022 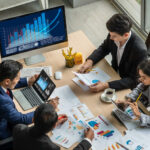 NetSuite vs. D365 Business Central: How to Choose the Right ERP System for Your Company
December 15, 2022