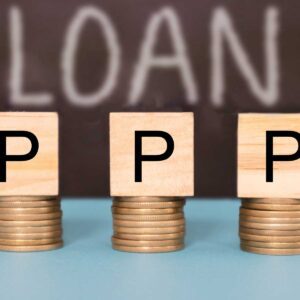 After months of haggling, Congress finally moved forward with its latest COVID-19 relief and stimulus package. Congress passed the ‘‘Consolidated Appropriations Act, 2021 (H.R.133)’’ on December 21, 2020, and sent it to President Trump to be signed.

Sikich Update #2, December 28, 2020: On December 27, 2020, President Trump signed the Stimulus and Relief legislation that was combined with a major omnibus spending bill. The President signed the bill, but would still like to see the stimulus payments (rebate checks) increased from $600 to $2,000 per person and urged Congress to do so. Nonetheless, the Stimulus-Relief bill has been signed into law and is now effective.

Sikich Update, December 23, 2020: On December 22, 2020, President Trump indicated he might not sign the stimulus-relief package. This surprised many, as Treasury Secretary Mnuchin represented the Administration in the negotiations with congressional leaders on the bill. The President mentioned yesterday his main concern was that the individual stimulus checks (rebates) were too low. The new bill approved $600 per person, but Trump would like this to be $2,000 per person. The President did not say if he would veto the legislation, nor what his next steps would be. We will keep you posted as developments unfold.

Initial efforts at a second stimulus package began nearly six months ago, but much of the heavy lifting putting this legislation together occurred in the last few weeks. Congress’ latest effort at pandemic relief offers various provisions to assist individuals, businesses, health care providers and others.

At the onset of the COVID-19 pandemic last March, Congress enacted three pieces of legislation over a few short weeks – the largest being the $2.3 trillion CARES Act. The CARES Act provided relief to individuals and businesses and introduced the popular Paycheck Protection Program (“PPP”) loans.

Congress, since then, passed additional legislation that modified various aspects of the PPP program; however, no further relief packages were implemented. Many legislators wanted to push another major relief package similar in scope to the CARES Act, but these efforts failed to materialize. Negotiations between the House, Senate and Administration on various plans and amounts thus languished since early this summer. Congress exhibited uncharacteristic speed in passing the bills in March, but then reverted to its more typical methodical pace for the balance of the year.

Months passed, and so did the election, and negotiations were delayed until after November. Once we entered the post-election lame duck session, activity picked up.

What helped seal the deal in enacting additional legislation was a major omnibus spending package that needed to be passed in December to fund the rest of the government through September 2021. If this legislation failed, a government shutdown would occur. Thus, this spending bill was determined as “must pass” legislation – and if any COVID relief package was going to be addressed before Congress adjourned for the year, this was the legislation it would be attached to. That’s exactly what congressional leaders decided to do, and they began working earnestly on the relief package. 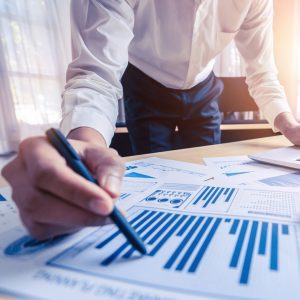 Negotiators agreed on extending unemployment benefits to many workers, as well as another round of PPP loans for businesses and support in implementing vaccine distribution and other health care initiatives. What hindered leaders was the inability to conclude on the amount of funds for state and local governments related to the pandemic, plus whether employers would receive any liability protection. Ultimately, negotiators could not come to an agreement on these issues, and pulled them from the legislation, only moving ahead with provisions where there was a consensus.

Negotiators agreed to attach a $900 billion relief package to the larger $1.4 trillion spending bill. This produced a massive combined piece of legislation totaling nearly $2.3 trillion (and the legislation ran nearly 5,600 pages). Below are important items contained in the bill:

Please click here to view the full text of this legislation.

Click here for a summary of various items from the House Ways and Means Committee.

Click here for a summary of the combined spending and relief package.

This relief legislation is a major bill, but it is unlikely it will be the last one on pandemic relief. Please contact your Sikich advisor with any questions you have.