In the summer of 2017, Illinois finally passed a state tax budget, SB9, that among many other things increased the individual tax rate to 4.95 percent. One item in the budget, it should be noted, that could have easily been overlooked was the significant change Illinois made to its unclaimed property reporting requirements. We discuss these changes in the following paragraphs.

Unclaimed property typically consists of financial assets for which the entity is not the owner but continues to have possession. This can include uncashed payroll or vendor checks, unapplied customer deposits or credit balances, uncashed dividend checks, and voided checks that lack proof of having been reissued. All states have laws that require such property to be handed over to the state when the owner has had no contact with the entity for what is referred to as a dormancy period (now typically three years in Illinois). The unclaimed property is reported to the state of the owner’s last known address; however, when that is unknown, it is reported to the state where the entity is incorporated or organized.

Many Illinois entities may have not filed state unclaimed property reports, as Illinois previously discharged most entity-to-entity transactions. That changed on January 1, 2018 when Illinois repealed and replaced its Unclaimed Property Act as part of the SB9 Budget Bill. The new Unclaimed Property Act made several changes, including decreasing most dormancy periods from five to three years and eliminating the entity-to-entity transaction exemption. The new law also imposed a five-year retroactive lookback period to require reporting of property that was previously exempt but is now considered abandoned (thus needs to be reported as unclaimed property).

The last item can be considered particularly worrisome, since it effectively causes the lookback period to extend back to 2009 for purposes of applying the new law. To offer an example: an uncashed check paid to a vendor (a previously exempt entity-to-entity transaction) in 2009 would be considered abandoned under the new law in 2012 and required to be reported in 2013, which is within the five-year retroactive lookback period. Therefore, many entities that previously believed they did not have any unclaimed property to report may now be subject to such reporting requirements involving unclaimed property as far back as 2009.

For most entities, especially (those in the manufacturing, services, wholesale/retail, utilities, transportation, and life insurance sectors, the test is done on an annual calendar year basis and the unclaimed property reports and related payments are due May 1.  Although 2018 has come and gone, the Illinois State Treasurer’s Office has informally indicated that they will accept the filing of any unclaimed property in prior years (not just for property that became abandoned in 2018) by the May 1 deadline without imposition of penalties.

Options and Next Steps

States are continually getting more aggressive in pursuing unclaimed property, and it is expected that Illinois will significantly ramp up their efforts in this area due to the new law. The Illinois State Treasurer’s Office does offer more information regarding its unclaimed property reporting requirements on its website. Otherwise, if you have questions about unclaimed property, please contact a Sikich advisor. 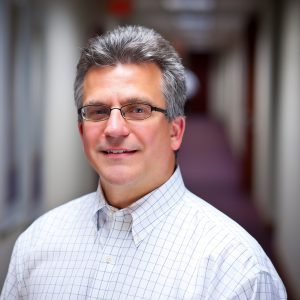