The term “ad hoc” is a Latin phrase that means “for this,” “to this end,” or “when needed.” Another way to describe the meaning of the term is “something created or done for a particular purpose or reason as necessary.” Now that we have a general idea of what the term means let’s talk about Ad Hoc Network Infrastructure.

Every network, at firms both large and small, have at some point had at least some ad hoc infrastructure setup in their network. That infrastructure might have been something small like a 4-port switch put in to allow two computers to run in an office that only had one wire. It may also have been something more substantial, like a server and network security camera package that your maintenance department needed. These examples are both infrastructure that was set up for a particular, more immediate need.

While ad hoc infrastructure is not in and of itself a bad thing, problems tend to arise when firms grow. Rather than one small four-port switch hidden in an office, you now have a dozen switches all over the place. Rather than three or four security cameras, you might have 50. Suddenly, the painless ad hoc solution you put in 6 months ago has been stacked on to another ad hoc solution, which itself is stacked on yet another ad hoc solution. Before you know it, your network is no longer functioning as a single tool allowing your firm to communicate and be productive. Instead, it is a disorganized tool chest that falls apart when you open the drawer.

Until somewhat recently, the ad hoc mentality of “building as you go” was just normal. It wasn’t that long ago that network infrastructure was in its “wild west” stage of development. It was there, it was needed, but no one was very sure what the needs of the environment were going to be 3, 5, or 10 years down the line. That, thankfully, is no longer the case.

Today companies have more options, at a cheaper cost, than ever before when it comes to how to build their networks. Learning from their past needs, firms have a better vision of how data should (and shouldn’t) flow between their systems. Leveraging that information, they can then design an appropriate network with the proper resources that is far more secure, way faster, and causes less support and maintenance headaches for their users.

That brings us to the upgrade discussion! If you are doing a good job managing your infrastructure, you should have a timeline of when to expect parts of your environment to be replaced. These upgrade cycles are a perfect opportunity to go back and re-design how things work. For example, it may be a good idea to run some wire to those new desks and toss out the small switches. Maybe it’s time to upgrade the design of your network to keep all of that security video traffic that slows your network down away from the users. Perhaps it’s time to consolidate that room full of physical servers, costing a fortune in electricity down to two or three using virtualization (or better yet move them to the cloud).

Upgrading can be daunting, sometimes scary work. But Sikich can help! Contact us today and let us help you get rid of your ad hoc environment! 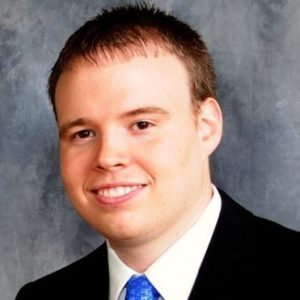 Carl Miller is a Senior Engineer on the Network Operations Center team. In addition to being a high end technical resource, he configures and manages the technology that automates tasks and prevents issues with our managed services and managed hosting clients. Carl has numerous industry certifications and over 20 years of experience in the IT industry.