Home
Insights
The Future of Manufacturing: Will Microsoft HoloLens be Part of It?

The Future of Manufacturing: Will Microsoft HoloLens be Part of It?

Let’s face it―the human-computer interface commonly found in most manufacturing environments has been pretty stagnant for a while now. Sure, we have seen broad-based adoption of technologies like touchscreens and bar code scanners, but for the most part, the last big transition to impact manufacturing in this area was more than two decades ago with the conversion from green screens to a graphical user interface (GUI).

Recently, emergent of new technologies have surfaced (such as Microsoft Kinect or Google Glass) which could bring the next big trend in human-computer interface technologies to life. While these developing technologies pose exciting possibilities for the industry, they have yet to make the transition from conceptual positioning to mainstream use.

While hosting a press event in late January to give attendees a look into their upcoming release of Windows 10, Microsoft unveiled the latest potential game-changer in the evolution of the human-to-computer interface―the HoloLens.

Building upon its technological predecessor Kinect, HoloLens takes the next logical leap into the blending of analog and digital worlds with the incorporation of augmented reality via holography. HoloLens joins the virtual and physical realms together into a single immersive experience in which holographic images are overlaid into the real world your eyes are used to seeing. While few have been afforded the opportunity to actually experience HoloLens yet, Microsoft provided several vignettes of what it believes will be future uses for this device. Of those vignettes, one in particular had significant opportunities for manufacturers―the use of HoloLens in engineering applications.

Rather than interacting with 2D or 3D drawings created in a CAD application, this HoloLens demonstration showed designers interacting with a recreation of their design drawings in a virtually augmented three-dimensional space. Instead of manipulating that drawing with mouse clicks, HoloLens allowed designers and engineers to use gestures and voice commands to alter their object visually in a real-time environment. Microsoft also demonstrated the convergence of this technology and additive manufacturing by using the HoloLens to create an object in the virtual world and then digitally transferring that object to a 3D printer, bringing it to life in the real world. Building off this premise of digital manufacturing empowered by a HoloLens device, imagine the possibilities if cloud computing is introduced to the equation. The options really begin to multiply.

Take a moment to imagine what becomes possible when a designer in San Francisco is collaborating with a manufacturer in Ohio and a supplier in China on the exact same virtual object in real time. Or taking the premise a step further, imagine a systems engineer pulling real-time data over the IoT (Internet of Things) from a piece of equipment that is reporting a malfunction and then visually directing an onsite field technician wearing a HoloLens device on how to fix that problem over a Skype link. The definition of collaboration will take on a whole new meaning.

From a manufacturing perspective, we are still only scratching the surface of possibilities with HoloLens. Think of the potential possibilities for the industry when libraries of manufacturing work instructions, technical guides and so forth are replaced by virtual reality via the use of HoloLens. Rather than hoping that text and pictures are correctly interpreted by the humans using them, look to a future where people are being trained and guided by virtual overlays of what they should be doing right on top of the real world in which they are working.

Extend this concept to product identification. We already have scanning technologies that read bar-coded labels and transmit that information to computing devices. How much more efficient will we become when a HoloLens type device is reading that same data, allowing a human to interact with the physical object without the need for other devices that are keeping their hands and attention otherwise occupied? Or a warehouse person who isn’t being guided to the correct spot in a warehouse by an arcane reference to a point in three dimensional space indicated by a series of abstractions like aisle/row/bin locations, but instead is seeing a three-dimensional virtual representation of that space in front of them along with a visual indicator of where they need to be and the most efficient way to reach that point from where they are right now?

These are just a few examples on how HoloLens could be the most important device to intersect with computer technologies in manufacturing since the advent of GUI.

Read More: Microsoft’s reveal of HoloLens is just one of the trends that will bring significant opportunities to the manufacturing industry. Learn more in our blog post, 4 Trends That Will Define Manufacturing in 2015.

This material has been prepared for general informational purposes only and is not intended to be relied upon as accounting, tax or other professional advice. Please refer to your advisers for specific advice.

Get More Microsoft Dynamics Insights Delivered to Your Inbox

(Join the email newsletter full of awesome tips, tricks and things to help you) 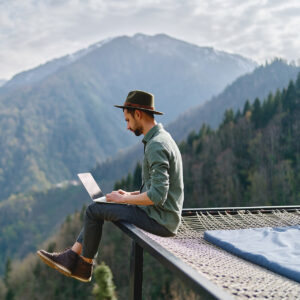 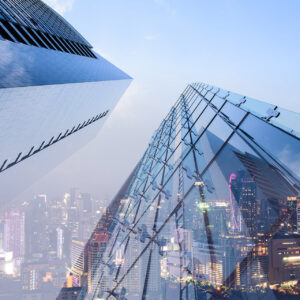 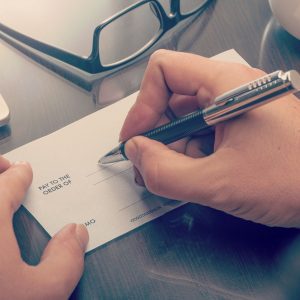